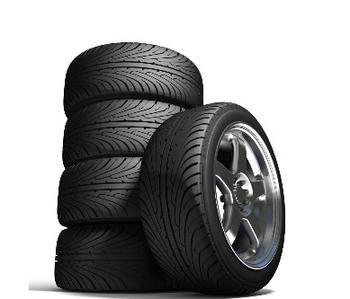 The implementation of the â€œTire Labeling Actâ€ of the European Union has increased the production costs of domestic companies and reduced the competitiveness of Chinese tires in the European Union. This is a well-known fact.

â€œMainly because of the raw material upgrades, the cost has increased, because the quality of raw materials plays a key role in the quality of the tires.â€ A tire technician explained this vividly as: â€œThe rags can't make good clothes.â€

It is reported that at present, the new domestic butadiene rubber and styrene-butadiene rubber projects are basically copies of domestic original equipment, and there are no new process technologies and new varieties.

Taking butyl rubber as an example, domestic production is more than half a century late as compared with multinational companies. There are also significant gaps in technology and operating experience. Although domestic companies have already introduced Italian and Russian technologies to build production facilities, this can only be regarded as the general level of technology in the world.

â€œThe production process is not advanced, and its product performance can only be the low-end level. At this stage, the domestic synthetic rubber technology has lagged behind the development of the tire industry, and upgrading has been 'imminent',â€ said one tire technician.

The person also said that to make the product quality meet the requirements of the EU labelling law, the purchase of imported synthetic rubber has become a frustration for many companies.

Enterprises are forced to import at high prices â€œWe need to use foreign products and there is not much room for bargaining.â€ A staff member of a tire company also expressed the same point of view. â€œIf domestic styrene-butadiene rubber is used, the tire quality is likely to be insufficient. To the European Union's standards." His tone was quite helpless.

Taking the solution of polybutadiene-butadiene rubber as an example, the quality of mainstream products in Japan, South Korea and the United States is better. The average price is about 30,000 yuan/ton, and the price of domestic rubber is about 20,000 yuan/ton. The price difference is obvious.

There are also insiders pointed out that the difference in raw materials, in fact, can be adjusted by formula. For example, when using domestic solution butadiene styrene rubber production, if the tire achieves the desired low rolling resistance effect, some high-quality â€œsmall materialsâ€ (such as new silane coupling agent) need to be used, but the cost will be lower than that of ordinary The tires are much higher.

Some information site rubber analysts believe that at present, the domestic synthetic rubber technology is still relatively backward, tires and other downstream product upgrades will force rubber technology upgrades. At the same time, domestic rubber manufacturers should also take the initiative to introduce, absorb, and innovate new products to adapt to or even guide the market's needs as quickly as possible.

The consensus reached by people in the industry is that the technology of synthetic rubber as the main raw material should be followed up and improved as soon as possible. This is the solution to the tire cost problem.